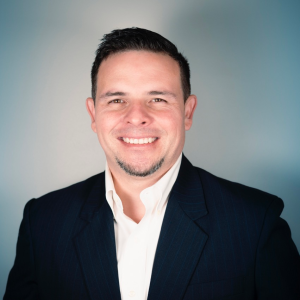 Steve Jobs, CEO of the arguably the most popular company in the world, announced today the most-expected release of the 4th generation of the company’s star product the iPhone. The announcement came as part of the keynote presentation as the kick-off for the Apple’s Worldwide Developers Conference 2010. Over 100 Million iPhone OS powered devices have been sold by Apple…

Obviously we had news already about the new iPhone/Ipad 4 SDK, in fact it had been almost a month since Jobs announced the new software update for the device. However, the juice was in the hardware upgrade shipping soon, very soon! It is amazing to understand that the market share for Iphone in the United States is 28%, with the new iPhone, this is prone to improve over the next 12 months; making the gap with Android even bigger.

The new iPhone is called:  The iPhone4.

Retina Display. 4times as much pixel density. This is a new kind of display technology, talk about sharpness… The Retina display uses 326 pixels per inch, as opposed to the traditional 72! can you believe it?

The text in the new iPhone really replicates the feel, color and resolution of a fine printed book. In fact, top notch magazines usually print at 300 dpi… Believe me when I tell you, this is break through technology on itself. The iPhone 4 is simply one of the sharpest device in the market, we are not talking about mobile devices, we mean including desktop devices.

To understand the amazing quality of this device, let me take you back to the comparison of VHS with DVD. Do you remember the first time you saw a DVD? How sharp and amazing it looked? Well, the iPhone 4 is at least twice as sharp as a regular DVD.

The device has the same size screen as the previous 3GS, however the contrast ratio is also 4 times better at 800:1.

The improvements are automatic. The Retine Display automatically renders the artwork at the higher resolution.

It is also worth considering that the new phone is powered by the A4 chip developed by Apple itself. The A4 is of the same class used by the iPad.

Now, one of the biggest improvements in the phone is Power. With the new iPhone 4 your standby time is 300 hours. You could talk on your phone for 7 straight hours without the need to recharge it! This represents about 40% more talk time.

Let’s talk about the Gyroscope, 6-axis motion sensor. Controls pitch, roll and yaw, therefore you have an incredible precision in terms of the location and position of your iPhone. Imagine the possibilities in terms of locating your lost iPhone with Find-My-Iphone from Mobile.me! 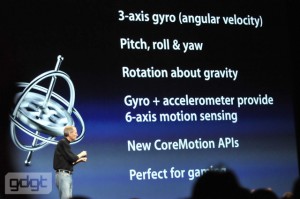 The new camera system in the iPhone 4 is a 5 megapixel camera, in other words, please get rid of your point and shoot if you bought it before 2005. It comes with a 5X digital zoom and a LED flash. The photos of course look remarkable, but the most important thing is that you can easily enlarge this photos to print at 5 X 7 inches and have absolutely no upScaling to make. The greatest thing though is that it records HD video! In other words, get rid of your Flip too. You can record, edit and obviously upload the videos directly from the phone to your favorite sharing networks including YouTube and Vimeo. And remember you can also enjoy the fantastic FaceTime – the ability to make video conferencing calls. Call people and see them everywhere there is a WIFI connection.

In terms of software for the camera, Apple decided to punch even harder by creating iMovie for the iPhone. In other words, the video enthusiast doesn’t even need to have the Mac Book Pro in the car, just use the iPhone all together. Remember what people say about “The best camera is the one you have with you” ? in this case, the best camera really is the one you have with you if you have an Iphone 4.

Let me pause for a second with the different new features of the mobile device and ask you one thing: Why would you buy an Android based phone? The only good reason would be if you don’t like AT&T. If you have a two horse carriage and one pulls and the other one doesn’t, the entire cart is reduced to pieces.

The most important feature of them all: Multitasking. Now applications can continue to run in the background while you do other things with your phone.

You can now also have folders and group applications by folder instead of having the running around in your screens. Just as easily you can name and rename the folders.

Deepening the enterprise support, this iPhone 4 is here to stay in the business environment as well.

Do you want to use Bing as your default browser? Now you can, as many people speculated, the Bing Search Engine is finally in the iPhone. It is not replacing Google as the default choice, it is just a choice. We all love choice!

How about owning a book and sharing it withing your i-devices? Now you can do so within your iBooks app. No additional charges apply. That is the way it should be.

iAds allow developers another source of revenue. The reason is simple, the days of easy bonanza are gone, now you must compete for positioning just as in any other market and therefore ads are a great way to provide low cost content and still rip  a revenue. 60% of the Revenue generated by the iAds goes to the developers.

The cool thing is that you don’t have to sell the ads, Apple does that part, that way, you just sit back and place the billboard in your application highway. That simple…

That also ensure another thing, the design of those ads is going to be consistent across the different applications, and that is always good news, considering the variety of visual appeals that people have.

When and How much?

The iPhone 4 in stores June 24th, for an incredible price of USD$199 for the 16 GB and $299 for the 32GB! And, of course, AT&T allows you to upgrade to this prices if your phone contract expires any time during 2010. Pre orders start on Tuesday June 15th, to ship one week later!

The OS update is free for users of the 3G, 3Gs and for the first time free for the iPod Touch.

The team involved is led by : Mark Papermaster, Scott Forstall and Jony Ive.

PrevPreviousAT&T’s Representative got Sassy
NextReferencing to the file used in the field is not allowed.Next

Change a background image in CSS with PHP

The problem with some christian institutions